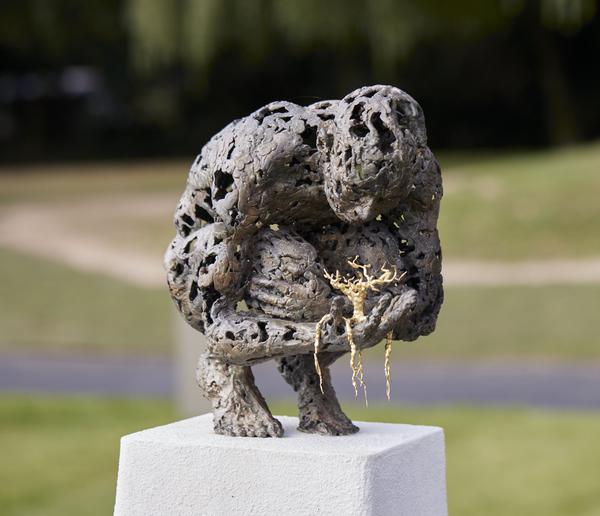 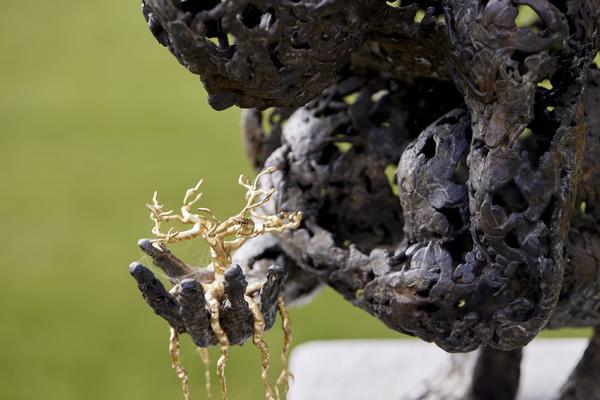 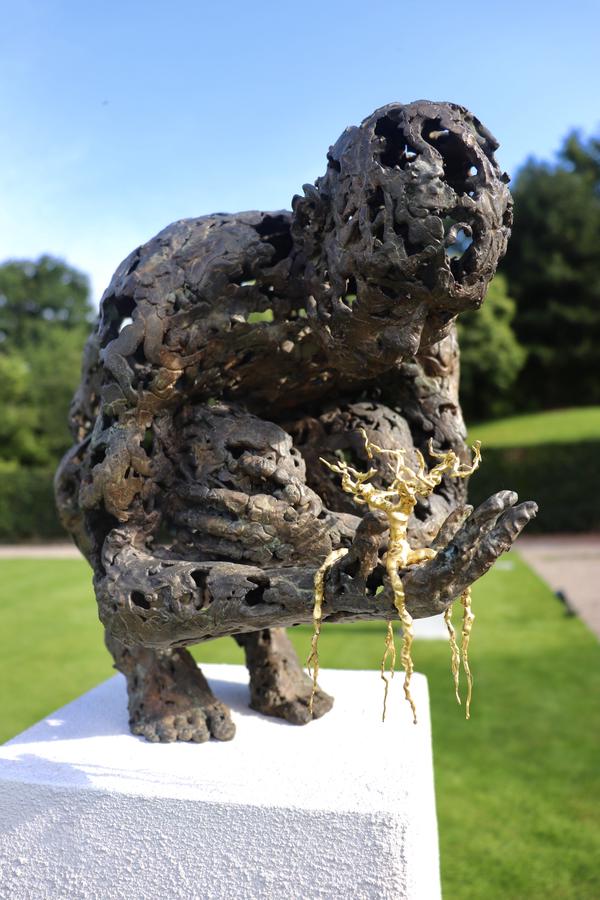 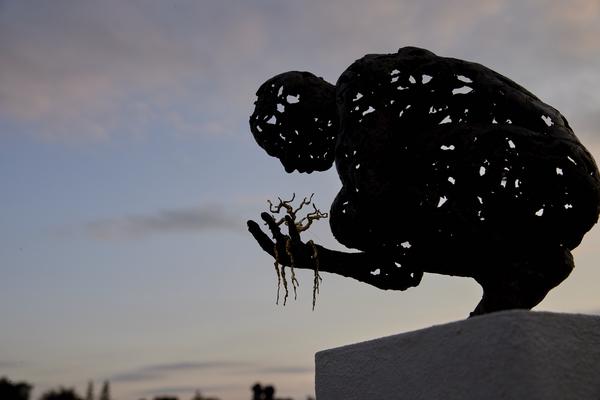 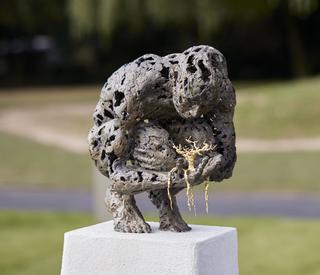 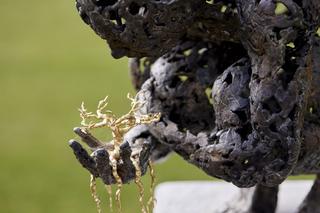 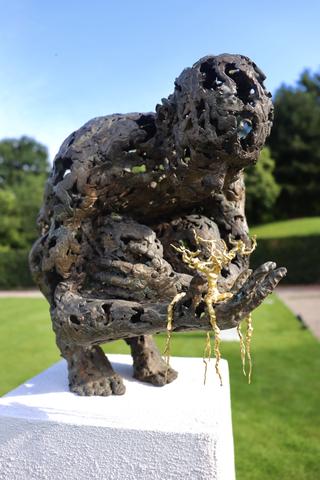 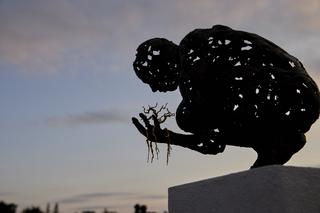 Thoughtful and emotive in form, yet ambiguous in its intricate levels of symbolism, Treeman seems to harmonise the precarious balance between power and fragility, as well as mankind’s relationship with the natural world. The bronze-sculpted, pierced male is carefully poised: crouched, self-embracing and possibly midway through a rocking motion, cradling not only a symbolically minuscule gold-leafed tree, whose roots trail limply between his fingers, but also himself. Ambiguity leaves us uncertain about the figure’s intentions and the real relationship between the two: is the figure caring, desirous, or both? As Triggs says, Treeman addresses ‘Man’s want and desire for possession juxtaposed against his desire to nurture and care’ (Triggs, 2020).

The power of the figure is expressed principally through scale, as he dwarfs the uprooted, delicately wrought tree that lies so exposed in his hands. This disparity is heightened by the carefully considered choice of material, with gold evoking preciousness, while the bronze form of the male is more like armour. Yet the material choices leave us questioning the nature of man’s power: the bronze is rippled with jagged fractures and slashes, while the gold leaf of the tree radiates the positive sentiments of new-birth and warmth. Choice of material is thus deployed to shape meaning: nature in perfect, radiant gold; humankind in raw, battered bronze, beset with vulnerabilities.

Triggs draws out further levels of symbolism in his manipulation of the bronze to reflect the inherent forms of nature within man. With masterful crafting of the bronze, he evokes the visual effects of a tree-canopy by dappling the skin with the green and brown patina and creating leaf-like fragmentation of the figure’s skin. The boundaries between nature seem to blur, and Triggs creates a ‘Treeman’ through which he can consider the extent to which the vulnerability of nature is aligned to the vulnerability of mankind. As Triggs comments, ‘How aware are we of the balance between us and nature, how are we the very same nature?’ (Triggs, 2020).