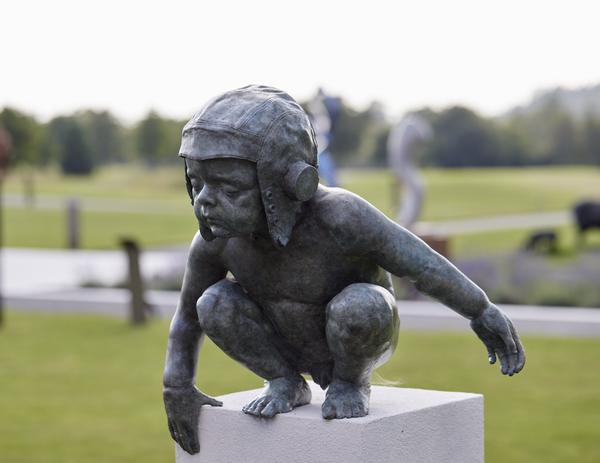 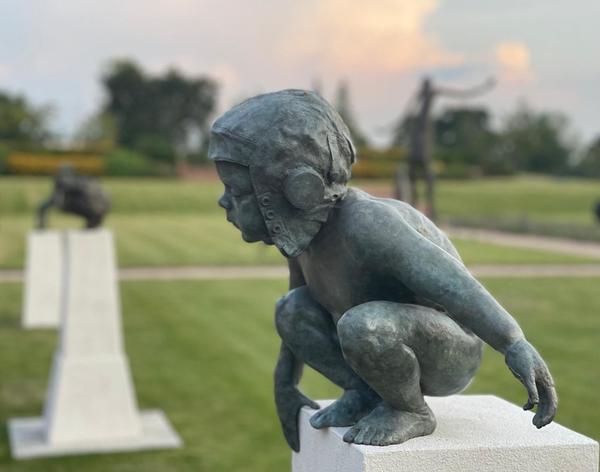 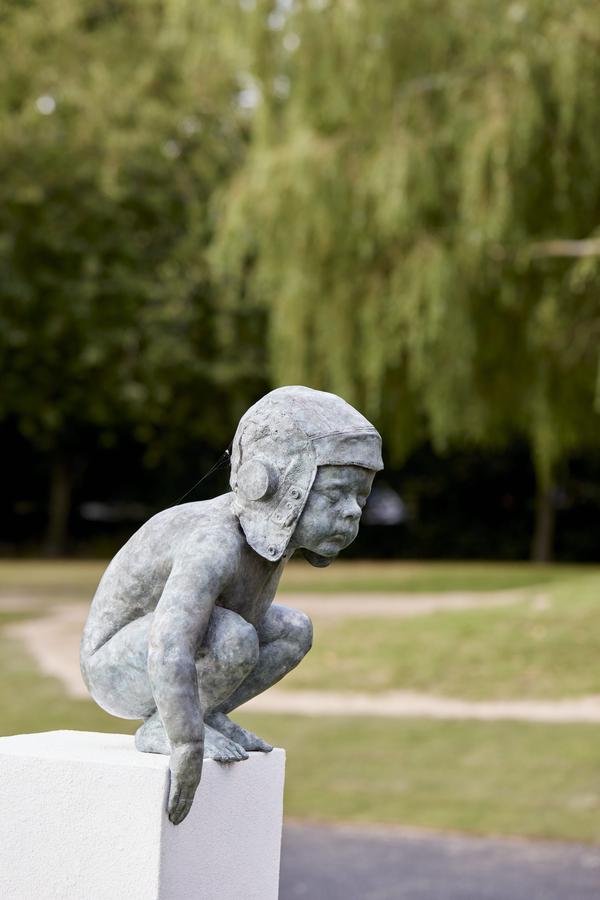 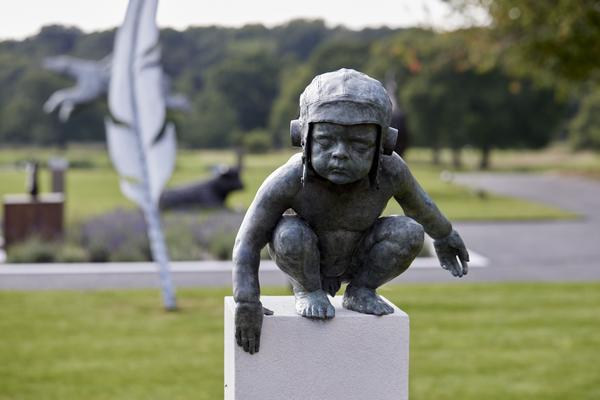 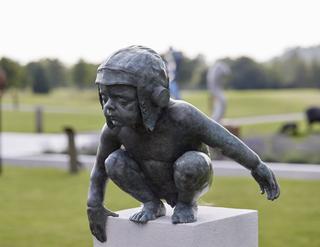 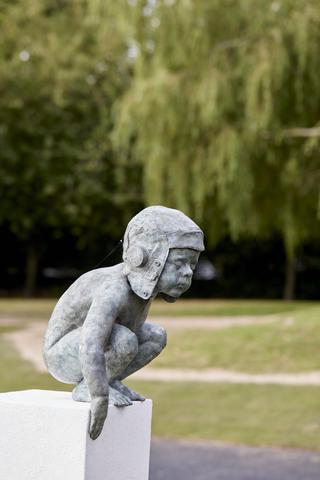 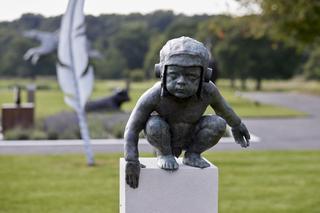 First Flight takes the classical form of the cherub and presents him with a contemporary twist as a fledgling of man, poised at the moment before his maiden flight. That first flight is crucial to a bird’s survival, but man cannot fly unaided, and this is central to the tension of this work. If this baby pilot steps off the plinth where he is delicately poised, it will lead to an Icarus-like fall, whereas for a bird this first flight is a rite of passage, without which survival is in doubt. The naked chubby body has been given limited protection – only an aviator’s helmet which adds to a feeling of vulnerability and uncertainty. He is placed in a trance of innocence, crouched and ready to leap, eyes closed, blindly trusting, calmly ready and accepting of his fate. There is a tense dynamism in the very potential for movement: the critical mass of the body supported and grounded, but with the flat-pressed hands suggesting the fatal push that will launch this form into the air, with the posture almost reminiscent of a diver preparing to raise and launch his body into the water. Triggs seems to invite multiple metaphors here: the vulnerability of innocence, the leaps of faith that define our progression through childhood and into adulthood, the tense and precarious nature of innocence before the falls and trips of life… The genius of the work is to suppress all these potentialities within such a simply and calmly posed figure.