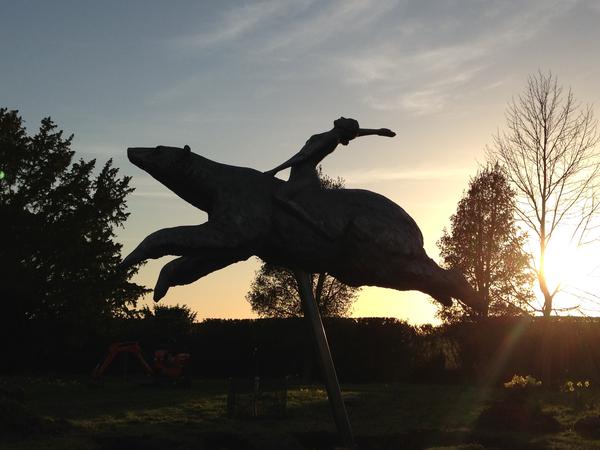 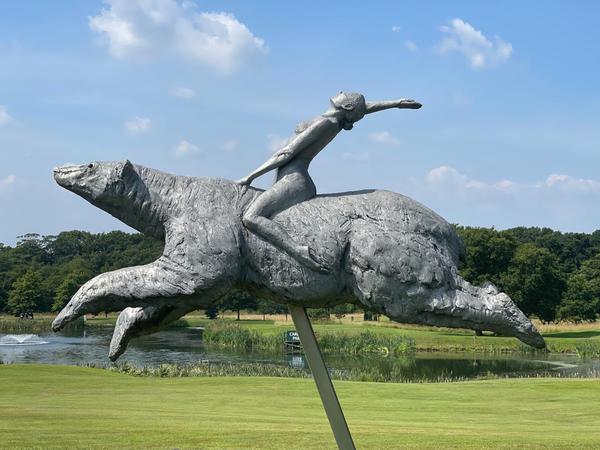 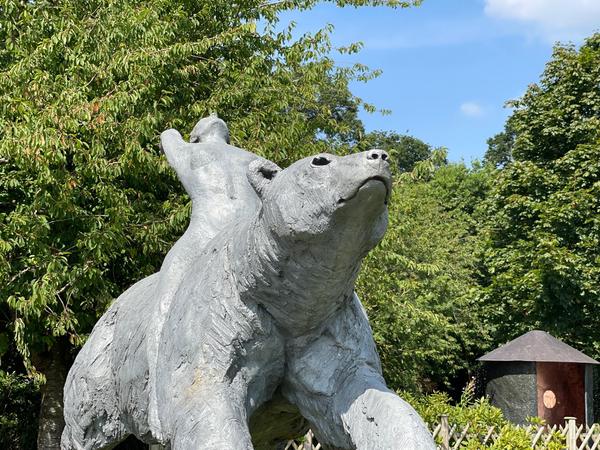 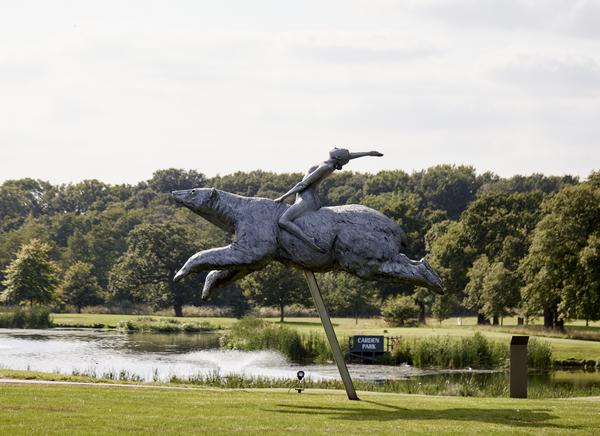 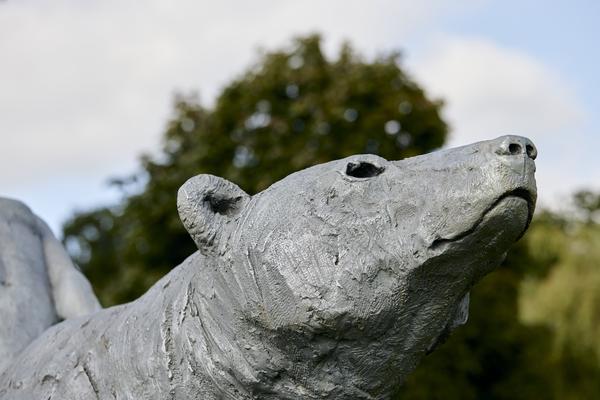 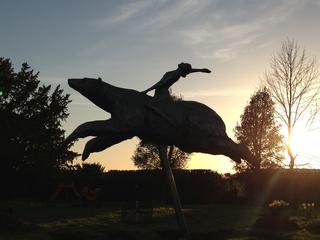 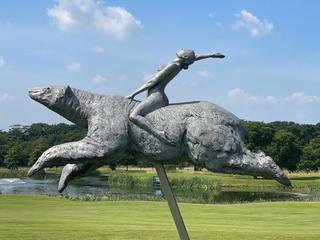 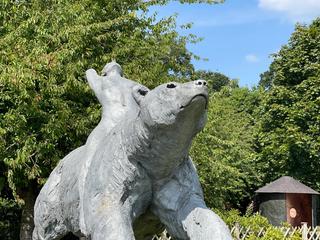 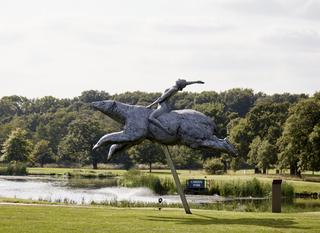 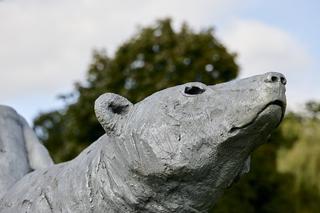 There is poetry in Campbell-Fraser’s depiction of The Flying Dream - an euphoric figure, bent back and head raised to the sky, riding astride a leaping polar bear. The dream of an exultant symbiosis of man and beast is clear, and it makes timely, elegiac comment on the on-going environmental crisis and the need for a beautiful balance between man and the natural world. Flying Dream is akin to Campbell-Fraser’s huge bronze Polar Dancer which she exhibited outside the Natural History Museum in London in 2004 and which attracted a good deal of attention. It is now permanently displayed in The Parade, Tunbridge Wells. At the time Campbell-Fraser said: ‘I think because I’d had Lila, I was more aware of global warming – having a child makes you think about the planet and how we’re going to leave it. The polar bear was the obvious symbol and I wanted to express its relationship with man, how the relationship is harmonious’.

Tessa Campbell-Fraser (b. 1967) grew up in the Scottish Borders and the affinity that she felt for her surroundings and the influence of the natural world and animal life there, is apparent in her work today. In her bronzes of animals, she primarily creates a striking likeness to the animal, allowing the beauty, natural form and dignity of the subject to speak for itself. Inspired by life, movement and atmosphere, she seeks to imbue each work of art with the essence of the animal. She states, ‘I can do portraits of people but … the thing about people is they have a firm view of who they are, how they should look, whereas animals don’t have that. And spending time with an animal is different – it’s a period of complete peace.’

Campbell-Fraser trained at the Chelsea School of Art and began her career as a painter, but in 1996 she ‘fell into’ sculpture accidentally, realising that it was where her main interest lay. She recalls, ‘When I was twenty-three, the Queen commissioned me to paint her and her dogs. I was very nervous … I took two cameras and shot rolls of film to develop, but then one of the cameras jammed and we couldn’t get the roll out. I’d got pictures of the Queen with some of her dogs but not all of them together – there were some in one shot but not another and sadly one of the dogs died before I could get down to paint it from life. So, I modelled them in miniature with modelling wax. I realised then that I loved it – I loved the strength of forms. It feels more free than painting. With sculpting, you have to see things in the round. I love painting and drawing, but I find sculpting more natural.’

One of Campbell-Fraser’s great passions is equestrian subjects, and she has been commissioned by many notables including the Queen and Prince Fahd of Saudi Arabia (owner of Derby hero Generous) to sculpt and paint their horses. She painted Shirley Heights, the Queen’s Derby winner and her larger-than-life size 2016 bronze of the Queen’s winning horse Estimate is especially well regarded by the Queen, who took great interest in all aspects of the creation of the sculpture.

In 2001 Campbell-Fraser was elected an Associate Member of the Royal British Society of Sculptors and became a Fellow in 2004. She has won many awards and exhibited her work at a variety of prestigious places including the Royal Academy Summer Show, Sculpture at Goodwood, the Royal College of Art and a solo show at the Natural History Museum.

Her bronzes are held in private collections including those of Her Majesty the Queen, Sir Jackie Stewart, HRH Prince Fahd Salman, the Household Cavalry and Knuthenborg Safari Park, Denmark. She works and teaches in Oxfordshire.