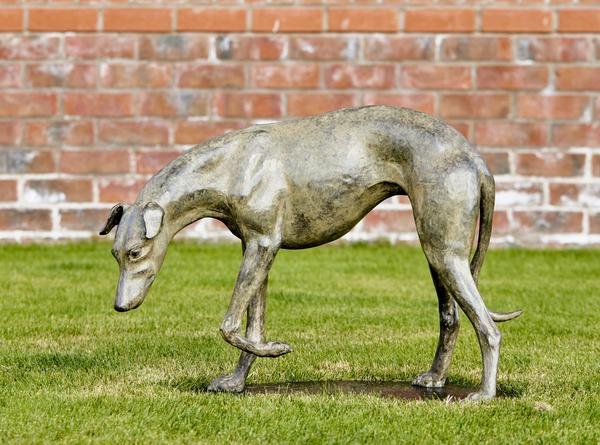 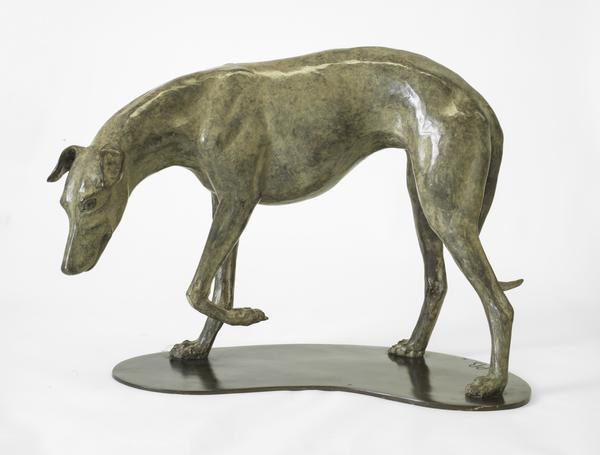 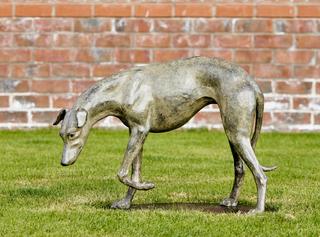 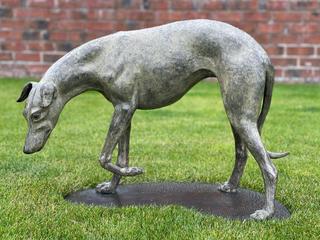 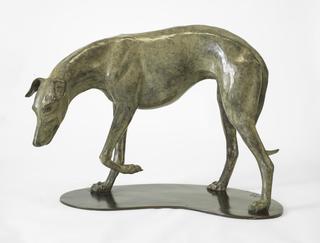 With elegant, graceful lines, Blacker captures in bronze a whippet paused with raised foot, as she looks back and up; the smooth texture of her coat, gleams as it catches the light; the subtle, mottled green patination sits beautifully within a garden setting.