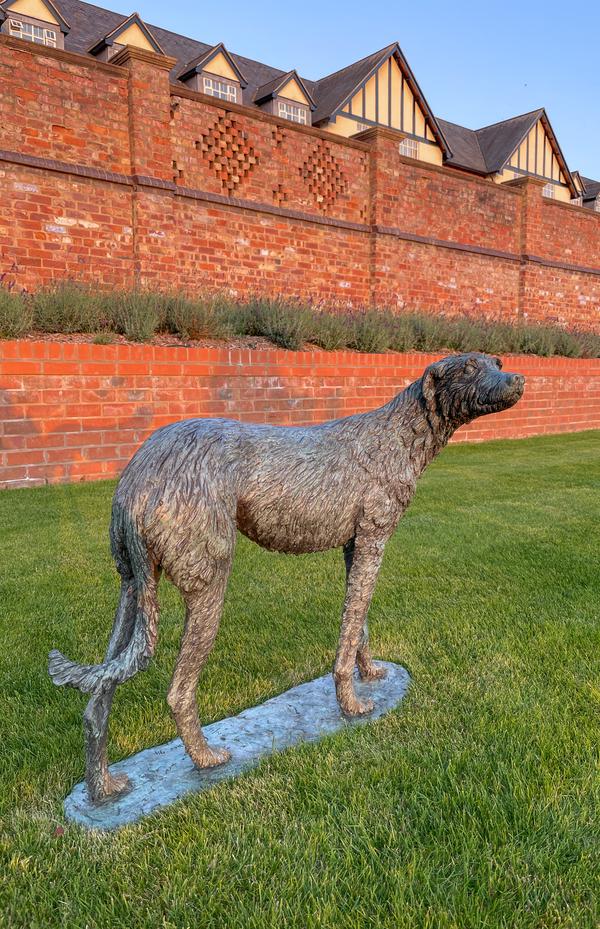 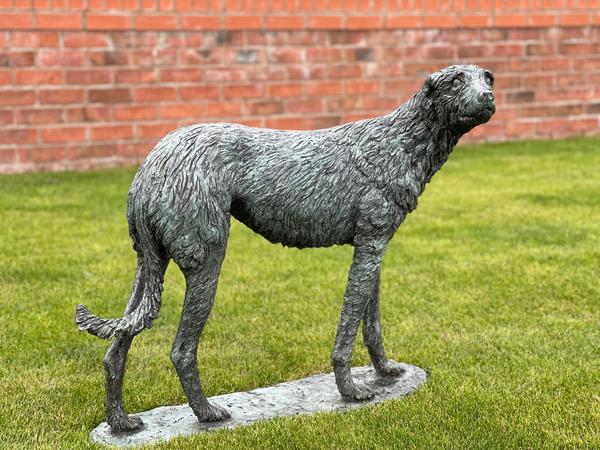 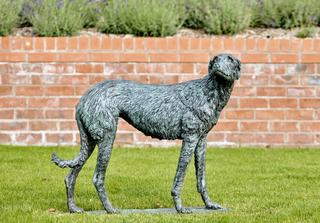 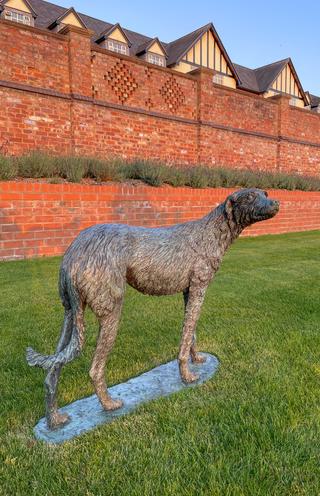 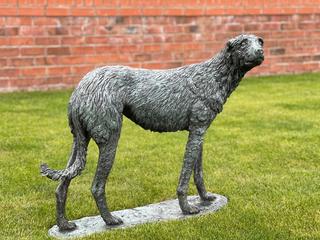 Blacker has beautifully captured in bronze the elegant lines of a lurcher, her expectant expression and limpid eyes as she turns her head; her rough coat is encapsulated in the texture of the bronze and the mottled, russet-brown patination adds vitality to the piece.