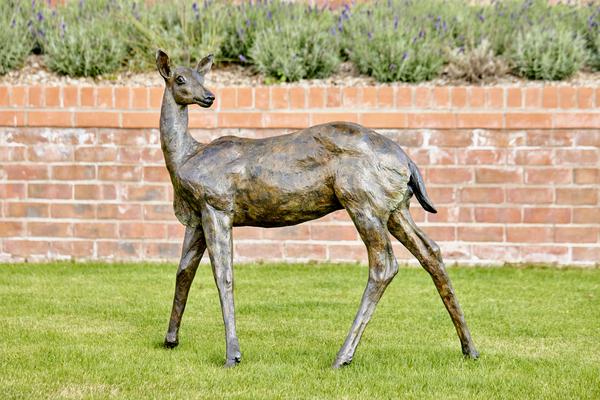 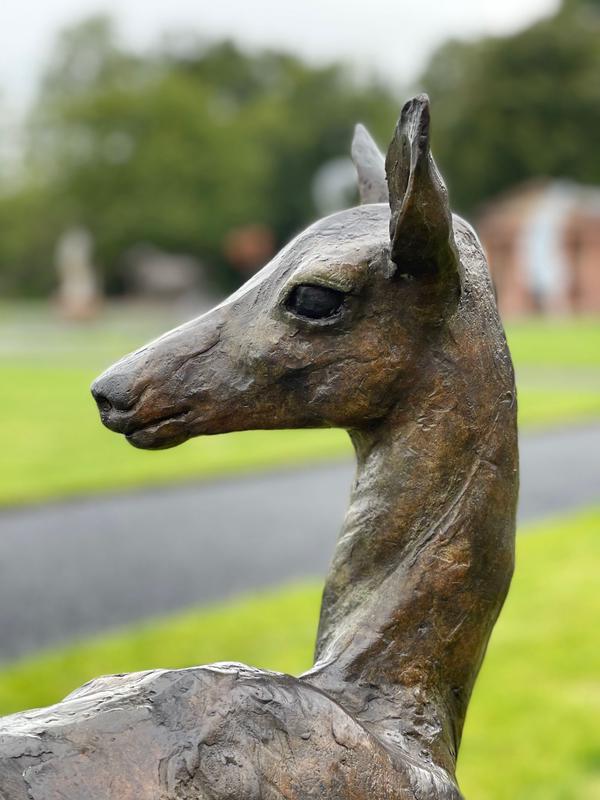 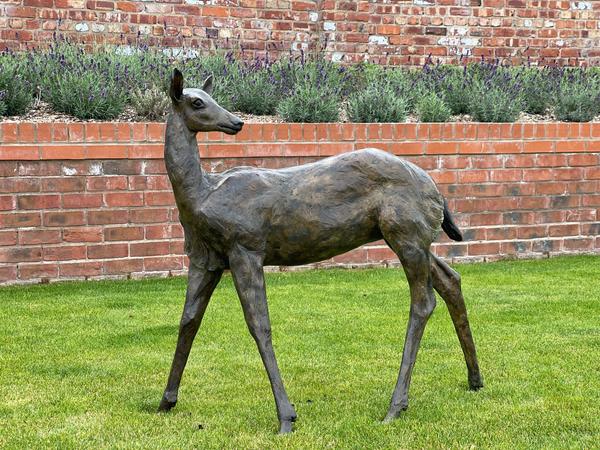 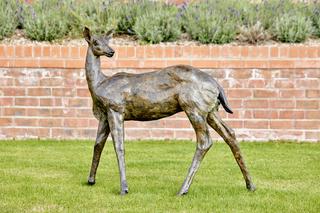 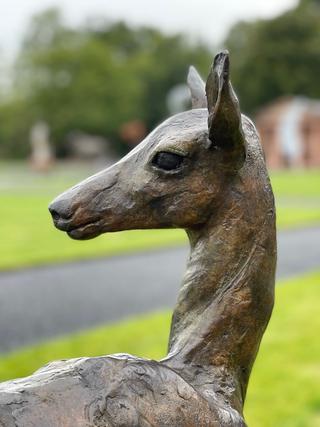 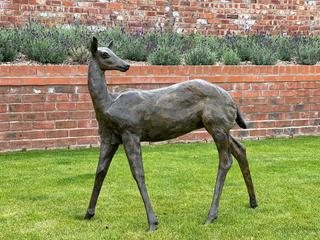 Blacker beautifully captures in bronze the instant a young fallow deer looks up, paused and alert with eyes pricked and wide-eyed, attune to any sound; the mottled patination suggests the smooth, dappled coat of the deer.